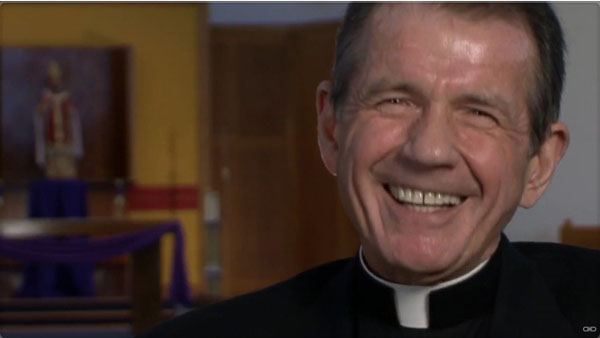 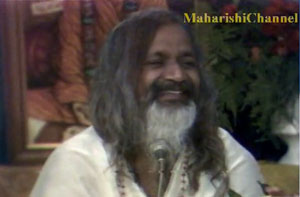 Editor's Note: In Maharishi'sthe_transcendental_meditation speach, you'll notice that God is not considered as a human concept, but is considered as an experience open to all, located at the simplest level of consciousness of everyone, at this level of peace and infinite sweetness located in the most peaceful level of consciousness. It is the unified field of all the laws of nature, source of satisfaction and infinite reservoir of energy, creativity and peace. It is our birthright! Such power in man.

The main thing is that man is born, naturally born, wherever he is born, doesn't matter, in Africa, in America, in India, China, anywhere. Man is born of natural law. He is born of natural law; he is born with the ability to put to practice spontaneously, not in an artificial contriving way, but most naturally. The individual born on earth should behave in a perfect manner. And perfect manner means he should be totally good to himself and totally good in his behavior to produce the influence in the whole society. Everywhere he should be. For probably,

Bible says, or some religious book says, “man is made in the image of God”; and such expressions are there in the cherished books of every religion... "Man is made in the image of..." So the words may be different but the meaning is that man is born as a perfect expression of total potential of natural law. Natural law we say from the platform of science. Same thing which is natural law from the platform of science is “will of God” from the platform of religion. No matter what we say, any religion, it always says “will of God” and everyone prays: 'give me my daily bread'. Man, whatever, but all gift of God is desired by everyone.

Now, all the capability of communicating to God and getting the grace of God for anything that one would want to do is already the potential of human life, and now this discovery of the Veda in the body has shown that. So what is going to come out of this is integration of life, life as a whole.

And then everyone to whatever religion he chooses to belong, today he is Christian, tomorrow he can be Jew, third day he can be Islam, forth day he can be Rabbi... anything.

So, religion and differences of religions have proved to be concepts, human concepts, not a reality, it's a human concept. Today I choose to be a Hindu; tomorrow I become a Tibetan, third day Chinese or Tao, a Shinto.

Religion from this level, religion seen from this level is a human concept. The reality is man is capable of communicating to his God, absolutely in a natural way, whatever the God of someone, he says “Christ is my God”, fine! “Kingdom of heaven is within you”, go through the Bible and enliven the Veda in you, which is the will of God within you. Whatever it is said in English or in Greek or in Arabic, whatever, materially the same. God is God, but man can choose his God.

So God, which is the total lively potential of natural law, is that which has expressed itself in everyone's body and everyone's ideas or emotions or speech or desires or actions - all these are the expressions of natural law they're all the expressions of the will of God whether we do through Torah or through Islam or through Bible or through politics. Politicians also come out with God and wherever they are, churches are open to them, somewhere mosques are open to them, politicians or economists even... economists.

So all people take recourse to God, and try to find Him through their channel of approach.

We have found mind to be the dictator, and we have found a way that the mind could rest in the cradle of God. Total potential of natural law, mind rests there, there is no more to go, because there is fulfilment for the mind.

Through the practice of Transcendental Meditation mind settles on the lap of God. God whether in terms of father, or in terms of mother, the mind settles down in that thing, which is - one would say fulfilment or one would say enlightenment - because then the mind is completely open in all directions - unbounded wakefulness. This is the territory of God’s will; this is natural law, total potential of natural law. Having taken a trip to this level of transcendental consciousness, the mind steps out, it comes out soaked with the evolutionary nature of natural law.

Then he begins to behave in the evolutionary manner, then we say he is an educated man.

Someone who does not take a trip to the kingdom of God. He remains searching for it; or pursues this and this and greater pursuits.

But, unless totality is fathomed by the mind; the mind is not going to be continuously fooled by little gains here and little gains here, the mind will not be satisfied, it won't settle down. It'll only settle down in something unbounded, infinite; where he could know anything; he could do anything. That much power in man.

And when we see throughout the ages people have been held high because they showed the way, simple way, for the people to “make hay when the sun shines”; as long as they have the body, they have the Veda, enliven the Veda, use the body to its maximum potential.

people started to distrust the religion; what books they are following they, they don't make them even a good man.

So, people who wanted to do good to society, they're called politicians, they thought: "Religion out of my field, I'm not going to be influenced by God, religion out of me. State, and education separate". There are countries in the world, there are governments in the world, who just don't want God in the education because they see that the religion is a poison. This communism rose to say “religion is a poison”. Everywhere they put out the religion because 'what is the use of God and God's will and prayer and all that' when one can't even love thy neighbor, when one can't even help thy neighbor?

So its due to the lack of education to bring fulfillment to every man.

And fulfillment can only come when the mind fathoms infinity; the field of all possibilities. Through Transcendental Meditation this became easy and simple. That is why we are out to purify all these mixed misgivings about life, all these wrongs understanding about life, and about various aspects of life.

Prevention and Treatment of Cardiovascular Disease