In Dr. Norman E. Rosenthal’s  book "Transcendence: Healing and Transformation Through Transcendental Meditation", Dr Norman E Rosenthal describes in a few lines the different techniques of meditation and his insight about the scientific litterature (p. 13-14) .

The first scientific research has being done during 1969 and was published in 1970 in the Science Magazine (which is one of the world's top academic journals).

A Return to the Self 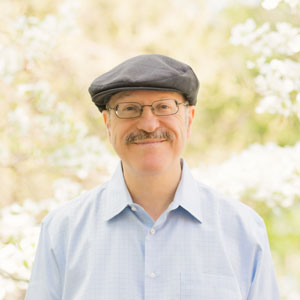 When I think of Dickinson’s image of the brain as wider than the sky or deeper than the sea, it conjures up for me, as it does perhaps for you, a sense that our minds harbor an untapped vastness, of which we use only a small part. I believe that when we meditate, we venture into this vastness almost as astronauts or divers do. We explore a universe that is both uncharted and familiar.

Many available forms of meditation exist, involving techniques that vary from concentration on the breath, an image, or a sound to walking and other forms of movement. This book deals only with Transcendental Meditation (TM) for several reasons. First, it is the method that I have practiced myself with excellent results.

Second, I have observed its many positive effects on the lives of patients, friends, and colleagues.

Third, it is an easy form of meditation to learn and practice. And finally, there is an astonishing amount of research on its physical and psychological benefits.

By my latest count, there have been 340 peer-reviewed articles published on TM, many of which have appeared in highly respected journals.

For those unfamiliar with scientific publishing, “peer-reviewed” means that each article is subjected to scrutiny by independent reviewers who are authorities in their field. Even if the reviewers deem the article worthy, they typically suggest changes; only after these recommendations have been addressed does the paper get published.

As a researcher who has been both reviewer and reviewee, I can vouch for the large amount of work that goes into this process. I have nothing bad to say about other forms of meditation, all of which have their proponents. What is important to realize, however, is that they all use different procedures, which meditation experts Fred Travis and Jonathan Shear have sorted into three fundamental categories: focused attention, open monitoring, and automatic self-transcending.

In each category, what the meditator is asked to do is different, and each produces a distinctive change in brain wave patterns.

In the focused attention styles of meditation, the meditator holds the mind’s eye on something in particular, such as an image (perhaps a picture of a flower) or a profound emotion (such as loving-kindness toward other human beings). If other thoughts intrude, attention is directed back to the focus. In open monitoring techniques, which include Buddhist-type mindfulness meditation, the meditator learns to observe the breath, or whatever thoughts and feelings may arrive, without reacting to them—in order to become more aware of internal patterns.

Transcendental Meditation falls into the third group, which Travis and Shear have called automatic self-transcending, so named because effortlessly thinking the mantra repetitively takes you beyond the mantra and into another state of consciousness, which I will discuss in greater detail later.

Given the different brain wave patterns produced by each type of meditation, it makes sense that each type has its own unique effects on both the brain and the meditator. The benefits observed for one type may or may not apply to another. For example, in the Tibetan Buddhist tradition of loving-kindness-compassion meditation, increased activity has been reported in those areas of the brain that are important for regulating emotions.

These changes are more prominent in experienced than in novice meditators, which suggests a more stable regulation of emotions in the veterans, even when they are not meditating.

Mindfulness Meditation, on the other hand, has been shown to increase the activity of neurons not only in certain emotional areas of the brain, but also in frontal regions, which are responsible for decision making and other executive functions. You might expect these changes to increase the meditator’s ability to focus attention.

In Transcendental Meditation, however, there is a more global effect. For example, characteristic brain wave patterns (which I will discuss shortly) are seen in many different parts of the brain (though primarily in the frontal areas) during a TM session itself but also after the session is over. Knowing that, you might expect the meditator to maintain a broad perspective on things even outside of meditation sessions and not to be entirely preoccupied by the activity of the moment.

You can find more information about the different categories of meditation and their associated characteristics and EEG changes in the notes section.

Each form of meditation could make for a fascinating study in its own right. In this book, however, I address only TM, about which there is more than enough to say to fill all its pages.