How The Beatles Changed The World Spiritually (Pictures and video) 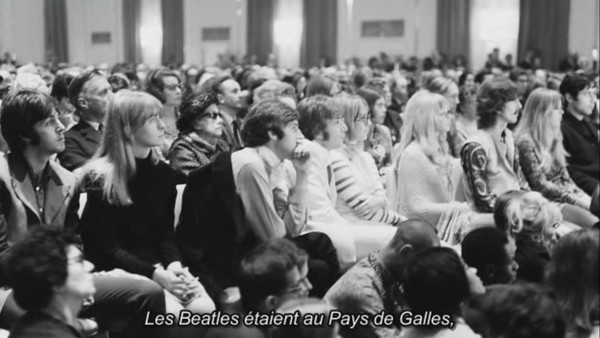 Introductory lecture at the Hilton hotel of London on the 25th August 1967 with in the front row Paul McCartney and Jane Asher, John Lennon and his wife Cynthia, and George Harrison and Pattie Boyd. 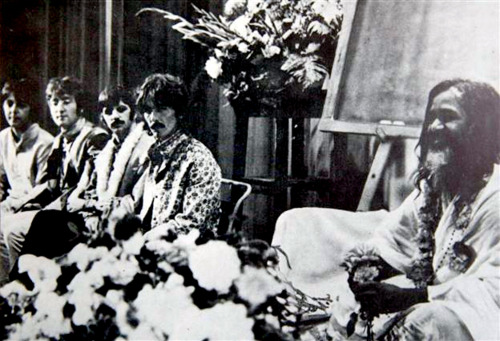 The four Beatles on stage with Maharishi. 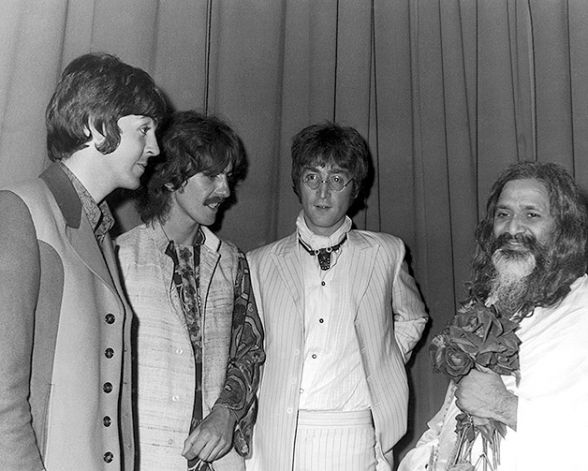 The four Beatles backstage with Maharishi. 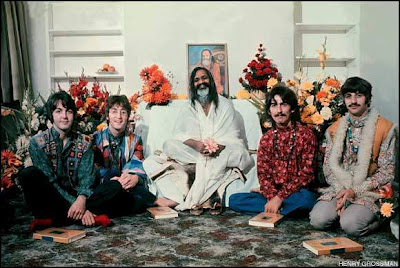 The Beatles with Maharishi in front of them the book "Science of Being and Art of Living: Transcendental Meditation". 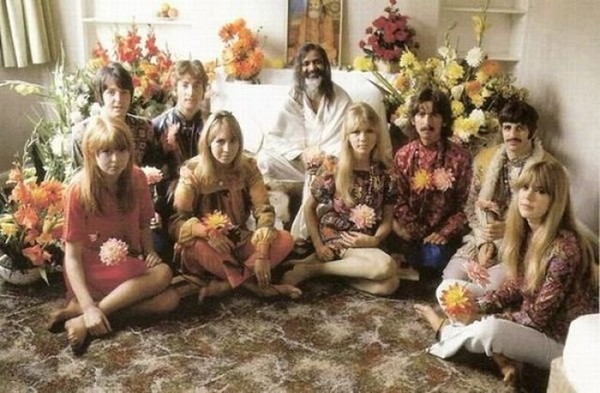 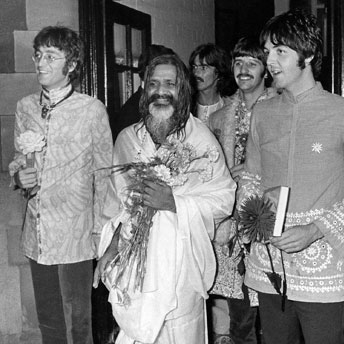 The four Beatles after their TM initiation and their first meditation together with Maharishi. 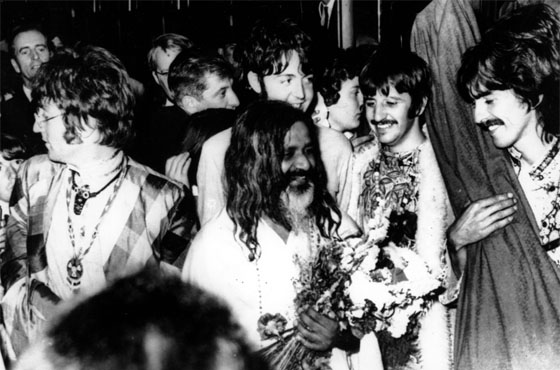 The Beatles together with Maharishi at the Bangor Wales railway station, August 1967. 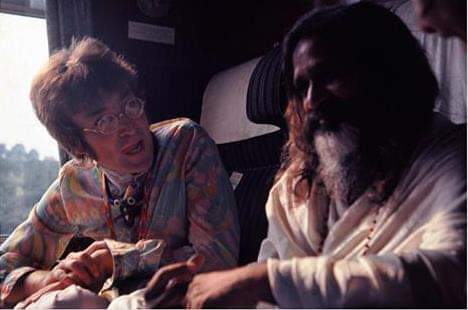 John Lennon and Maharishi chatting in the train. 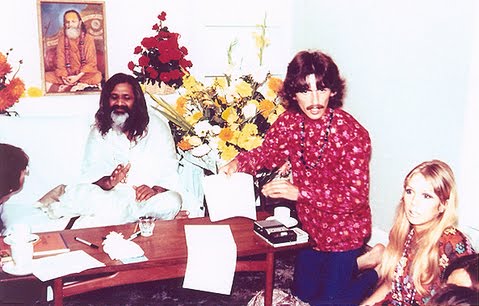 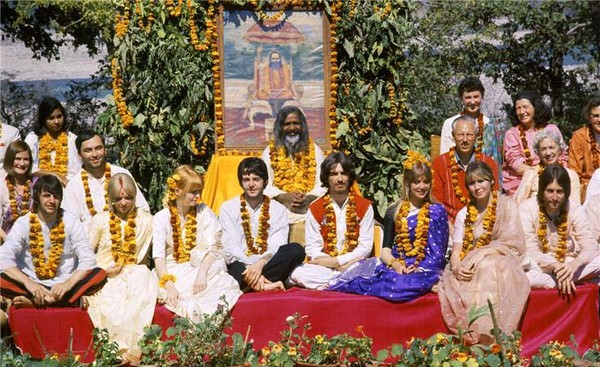 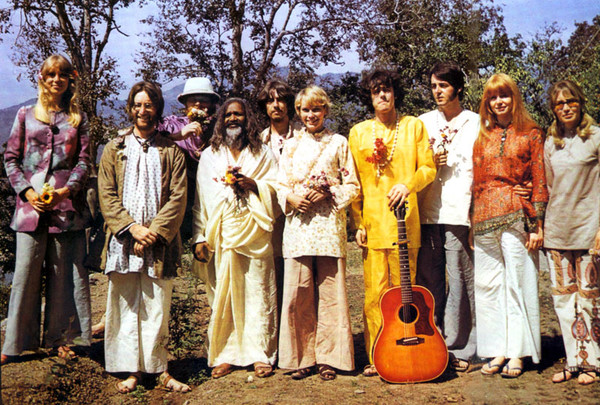 The Beatles in India, picture of 1968 of the Beatles, their wifes and Mike Love, Donovan, Mia Farrow in Rishikesh India and Maharishi Mahesh Yogi 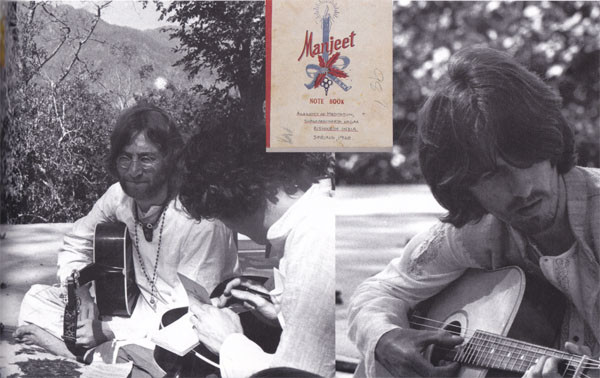 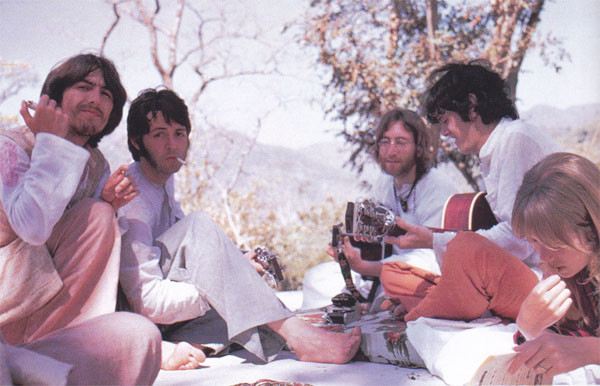 The Beatles in India 1968 John Lennon and his wife Cynthia, Maureen and Ringo Starr, Jane Asher and Paul McCartney

The Beatles in India 1968 up: George Harrison and John. Left: John Lennon and his wife Cynthia. Right: Maureen, Paul McCartney and Jane Asher, Some Swami, John Lennon and Cynthia, Pattie.

Special thanks to Paul Saltzman