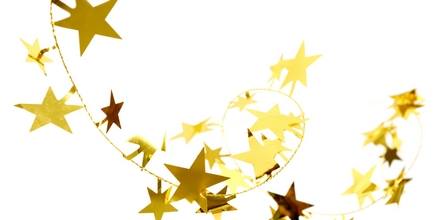 On January 4, 2020, Lady Gaga joined Oprah on stage in Fort Lauderdale, Florida for an inspiring interview regarding mental health and personal care. Lady Gaga talks about her illness, fibromyalgia. The singer admitted to suffering from chronic pain for several years. The so-called fibromyalgia disease causes diffuse chronic pain in the body, joint pain, extreme fatigue and sleep disturbances. Many other symptoms can be felt. Lady Gaga, has cancelled the last 10 dates of her world tour 2018 due to “severe pain”.

Oprah Winfrey: You use medication but you also do many other things to keep yourself spiritually sound?
Lady Gaga: Yes so I meditate, I do Transcendental Meditation. It's it's great, Bob Roth taught me.
Oprah Winfrey: Bob Roth taught me.
Lady Gaga: Isn't he great? ... So I do that and when I slip up on it, you know it's not the best, because it's like,... It's better when I do. And sometimes I can be in a ton of pain and meditate, and it goes away, amazing.

Oprah Winfrey has been a regular practitioner of the Transcendental Meditation technique since 2011, and got her entire staff involved.

"Seeking the fullest expression of self. That's the story of my life in six words—my personal definition of what I'm all about, at least for now".

In Oprah Winfrey’s “What I Know for Sure” column in the February 2012 issue of O Magazine, she talks about her experiences with the Transcendental Meditation technique and her visit to Fairfield, Iowa, the home of Maharishi International University.

During her visit to the University, Oprah meditated with more than a 1,000 people. She described her TM experience this way: 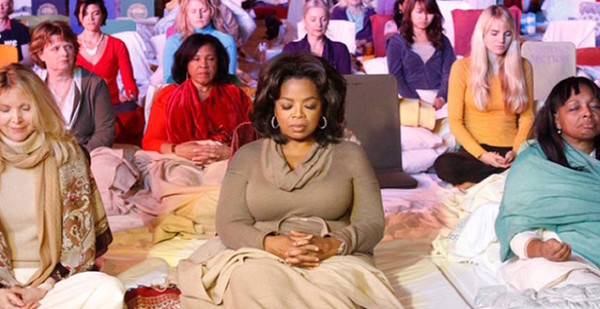 “It was a powerfully energizing yet calming experience. I didn’t want it to end.

“When it did, I walked away feeling fuller than when I’d come in. Full of hope, a sense of contentment, and deep joy. Knowing for sure that even in the daily craziness that bombards us from every direction, there is—still—the constancy of stillness.

“Only from that space can you create your best work and your best life.”

Oprah’s visit to Fairfield (which she called “TM Town”) was featured on Oprah’s Next Chapter program (Sunday nights on OWN – the Oprah Winfrey Network).