'Transforming Lives From Within' Gala

Iconic Hollywood movie director David Lynch is to launch his charitable foundation in the UK with a fundraising gala and live auction in London this Saturday 24th November 2012 at Shakespeare's Globe Theatre.

James McCartney is to perform exclusively at the Transforming Lives From Within Gala — in support of the very same charity that reunited the two remaining Beatles, Paul McCartney and Ringo Starr, for a rare public performance at the David Lynch Foundation’s Change Begins Within benefit concert in New York in 2009. That same year, James made his public musical debut at a David Lynch Foundation benefit in Iowa, having only played incognito before.

James says, “I’m delighted to have been invited to perform again at another one of the Foundation's events. The significance this time round is that it’s in my home town of London. …I wish everyone involved continued success in spreading the good work of the Foundation & the power of Transcendental Meditation – Health & Happiness to all.” 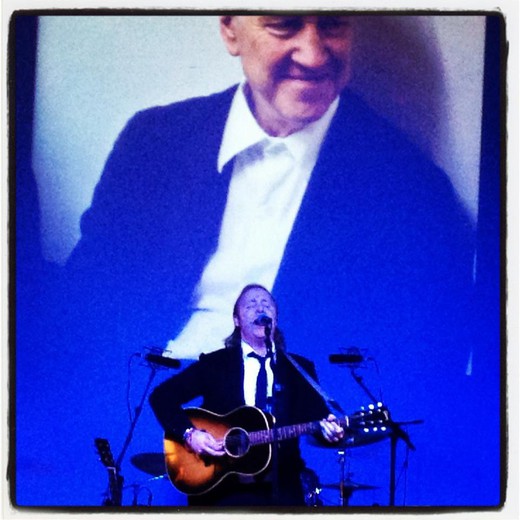