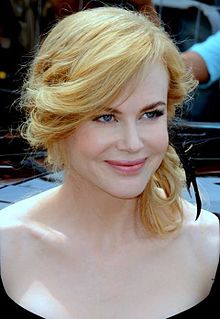 Nicole Kidman on chilling out: “I like to meditate, Transcendental Meditation usually

abcNEWS: Jerry Seinfeld on Importance of Meditation for PTSD

Transcript for Jerry Seinfeld on Importance of Meditation for PTSD

Comedian reveals how meditation influences his life and benefits veterans.

(This is the corrected transcript from abcNEWS.com)

abcNEWS Journalist: Here with Jerry Seinfeld, and another special guest, Bob Roth, Executive Director from the David Lynch Foundation. We’re all here because we all have something in common, we all practice Transcendental Meditation, which I didn’t know about until I learned it from you (Jerry Seinfeld), and you (Bob Roth) taught me how to do it, after jerry introduced it. And I think people don't really understand exactly what it is and what a difference it's made in people's lives. You've been doing it...

Jerry Seinfeld: And you have this insane job, right?

abcNEWS Journalist: Which you learned all about this morning. Yeah.

Jerry Seinfeld: You have to get up at 9:00 at night to get here... It [TM] makes all the difference. It makes a difference.

Jerry Seinfeld: But it's very hard to explain. You know how I was describing it [TM] to somebody? I was saying, how your phone has a charger. It's like if you had a charger for your whole body and mind. That's what TM.

abcNEWS Journalist: And you said something important to me when we first started. Because it was one of the questions I had. It's not a religion. It's a technique. It's compatible with all kinds of religions. What it really does is try to get the stress out of your life. And now, scientists are finding real health benefits.

Bob Roth: The whole idea is that we have very active noisy levels of the mind, that we've got to go here, go to do this, go to do that. But every human being has deep within, a settled, calm, silent level of your mind. And this Transcendental Meditation is just an effortless way to have the active exited mind settle down. Experience that inner calm, at the same time the body gains a very deep state of rest. That rest eliminate stress. You have more energy, wakes up the brain. And you can do your jobs.

abcNEWS Journalist: And the American Heart Association says it works.

Bob Roth: The American Heart Association came out with a study a month ago, that showed that Transcendental Meditation, highly effective for reducing high blood pressure, for reducing risk of stroke, and actually, reducing mortality rates by almost 50% from people who have been meditating for five years.

Jerry Seinfeld: And they find that hosting morning television, is the opposite of all those things.

abcNEWS Journalist: Counteracts it. Yes, something keeping me in balance.

Jerry Seinfeld: Yes. You will die the exact same day. You would have, yeah.

It’s some very exciting work you're doing because it's not just, it can help anybody. But you guys are going into schools right now, helping at-risk kids, helping soldiers coming back from Iraq, Afghanistan, who are suffering from posttraumatic stress, also women who have been victims of violence.

Bob Roth: For example, the Department of Defense just provided a $2 million grant to study the effects of Transcendental Meditation on posttraumatic stress disorder.

The fact is, as Forbes magazine says; stress is the black plague of the 21st century. It’s an ugly thing, it can't be prevented, it can't be cured by conventional means.

And now this technique, this particular meditation technique has been shown to be highly effective in eliminating posttraumatic stress disorder. And so it’s been used in schools for kids.

You know young children in the urban centers have the same symptoms of PTSD as soldiers coming back from Iraq and Afghanistan. It's interesting that something so ancient and traditional, and not a religion, and not a philosophy, and not a change in life style, anyone can do it. It’s something that simple can have a profound impact on very modern ailments.

abcNEWS Journalist: And we're seeing the government get involved and really try to promote it and multiply the difference that can come from it all.

Bob Roth: There's a military college in Vermont called Norwich University, and the president Schneider, he feels we’re offering TM there to his cadets. He feels that this should be a part of basic training. Because it adds resiliency, it adds resiliency, so that the immune system is strengthened.