Dr Norman Rosenthal: Well I’m glad you just get in like that because that’s an area where there is quite a lot of research. There are 18 studies. Now, whenever you look at literature, you always are going to get a mixture in quality. But a meta-analysis of those 18 studies does show that Transcendental Meditation works for addictions like alcohol abuse, cigarette smoking and drug abuse, in varying populations, done by varying groups.

And if you look at it as a whole, I, as a researcher, come away with a sense that there is really something going on here. Any specific study can be picked apart, of course. But if you take the sum total of studies, they are all pointing in the same direction, to a powerful, anti-addiction effect.

Dr Norman Rosenthal (from video) : "Homelessness in our country is a huge problem about three and a half million people are homeless of whom fifty percent have been released from prison and forty percent of actually been veterans who fought on our behalf.
And these are people who really are down and out and they need our help. And we do have shelters but we need more than shelters, we need some way to help them get back on track again.".

Dr Norman Rosenthal (from video) : "There is extensive research to show that transcendental meditation can help addictions across the border when you're talking about cigarette smoking, alcohol abuse, or the use of illicit drugs.
There are many studies that show that TM programs decrease the numbers of people who are addicted in these ways.
And that has huge implications because we know that addictions can lead to homelessness, addictions can lead to crime,
So if we can do something that reduces addiction, we can help the individuals and society in a number of important ways.
And this is something TM does that helps people, organize their thinking, organize their priorities so that they don't do the same things again and again, and got them to be homeless in the first place".

And this is something TM does that helps people, organize their thinking, organize their priorities so that they don't do the same things again and again, and got them to be homeless in the first place

Dr Norman Rosenthal (from interview): Now, the approach that I’ve taken throughout the book "Transcendance" is to look at some individual cases. Because people, especially when they are reading a book for the general public, they want to look at some intriguing individuals cases. And then, only once they can relate to the people involved, they want to know what the science says and why we should believe these individuals. So that’s the kind of an approach I’ve taken throughout. And one of the individuals that I look at in the addiction section is a musician, a very famous electronic musician who goes under the name of Moby – a very, very talented guy. 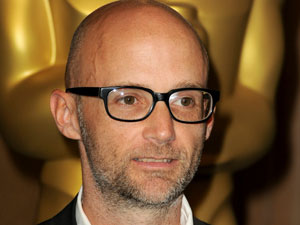 And Moby, whose on the record as having a bad problem with alcohol abuse, says that Transcendental Meditation has been crucial as part of his recovery plan. I asked him; “How does that work?” He said; “Well, you know I’ve always drunk to decrease agitation – that’s what I drank for. And Transcendental Meditation does that for me, it reduces agitation.” He said; “It lowers the flame on a pot of water.” Well, I said; “You are a creative musician, does it help your creativity?” He said it does, and this is how; “Imagine that you are at a party or you are throwing a party, and you only want 25 guests there, but somehow 50 unwelcome guests have shown up as well. Now the room is too full, and it’s full of people you don’t really want to have there.” He said; “That’s how my brain is before TM. And then I do my meditation and it’s as though those 50 unwelcome guests go away, and I’m just left with the 25 that I want.”.

Wishing you Light and Transcendence,
Normand

Catherine (Kate) Elizabeth Ulbricht is a co-founder of the Natural Standard Research Collaboration. She is a Senior Attending Pharmacist at Massachusetts General Hospital. She serves on the editorial board of Harvard Health Publications, the Journal of the American Nutraceutical Association, and Pharmacy Practice News. Dr. Catherine Ulbricht is editor in chief of the Journal of Dietary Supplements.