Paul McCartney talks about his fondness of Transcendental Meditation and about his experience of meeting Maharishi Mahesh Yogi in 1998 with Stella his daughter, and James his son.

Paul McCartney: “Years ago when we [The Beatles] studied meditation with the Maharishi in India. We had a real good time and I always felt it was a very valuable experience.

And it was a process (Transcendental Meditation) that you can always go back to, if you're in a turmoil, it's a centering process that I like a lot.

And it is a process (Transcendental Meditation) that you can always go back to, if you're in a turmoil, it's a centering process that I like a lot.

Cause he was one of the ones that wasn't a fake. There were a lot of them around at that time, who were into Rolls-Royces and chicks [Laughter] and he wasn't one of them. 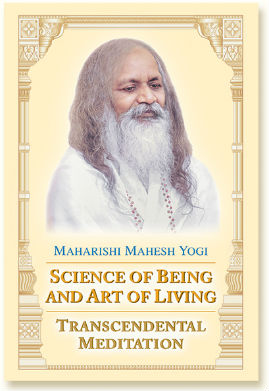 He gave us his book, and I looked to see what he would write, besides putting his name in. And he wrote about, he said: "Radiate Bliss Consciousness", then at the end of it, he just put: "Enjoy". And I always thought, that was really cool coming from him.

And I actually met him quite recently, just a year and a half ago I think. He lives in the Netherlands now, and he is a spry old cogger, he's in his eighties, and he's still working, he's still spreading the message.

Journalist: He is still the Maharishi.

Paul McCartney: He's still going. And I took Stella my daughter, and James my son with me. And I said "Will it be OK if we all came to see you?"

And they said "Yeah OK". So we went in for a meeting with him.

But before we went in Stella said to me: "Dad, I got my video camera, do you think I can shoot a bit of a video?" I said "Well I don't know, I don't know what the scene is here." I said “But give it to me, I'll put it in my pocket, and at the end of our session I'll just ask him. Ì said: is it OK”.

Well of course, the end of our session came. So I said “Maharishi”, I said: “would it be Ok if we just shot a little bit of video?” And he giggled and he said: “Yeah of course”. So I gave Stella the camera, and she says, ah, she lines it up she says: “OK Maharishi, what have you got to say for the camera?” [Laughter]

And he looks right in the camera, and he says: "Enjoy!"